Tyréns were commissioned to provide full design and environmental services for a new parkland in Norrköping, Sweden cited on a former industrial power plant facility. Tyréns carried out concept through to detailed design and construction services. The work process took the form of a creative, collaborative process with educational visits, field trips and multi-disciplinary client workshops. Tools used during community consultation included didactic presentations for both the client and community stakeholders. Tyréns’ responsibilities included landscape architecture, 3D visualisation and construction management and maintenance advice around land planning and sanitation. The current park was inaugurated in May 2013.

The main idea of the current park was to create an attractive parkland that was adapted and appealing to citizens. In Norrköping, the Motala Ström river has a very significant and present role in the city scape and therefore one of the prerequisites was to feature water in the concept, in this case by creating a water park. In this central and culture imprinted park Tyréns developed a balanced relationship between the surrounding industrial landscape and its history. Based on these ideas and opportunities a proposal for the park was developed based on quality form and function. At the start of the project stage three key objectives were conveyed from the client which indicated the conditions for the design of the park environment, these goals were:

The concept of the design was to find a solution that was met between a naturalistic stream and the industrial setting in the environment creating excitement and contrasts in the park.

The park is one of Norrköping’s most appreciated and used park areas where children, students, dog owners, fishing enthusiasts among others come together in the lush and exciting environment. 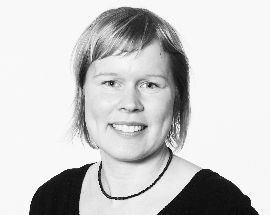